The Father And The Assassin (Olivier, National Theater, London)

They’ve assembled a television dream team down in Chichester for a new comedy by Doctor Who and Sherlock writer Steven Moffat.

And Moffat’s co-writer on Sherlock, Mark Gatiss, directs a play that also stars Gatiss’s League Of Gentlemen colleague Reece Shearsmith. Not only that, the great stage actress Frances Barber adds theatrical heft of her own. ‘How fast can I book tickets?’ I hear you asking.

Well, if I were you, I’d pause before reaching for the plastic. 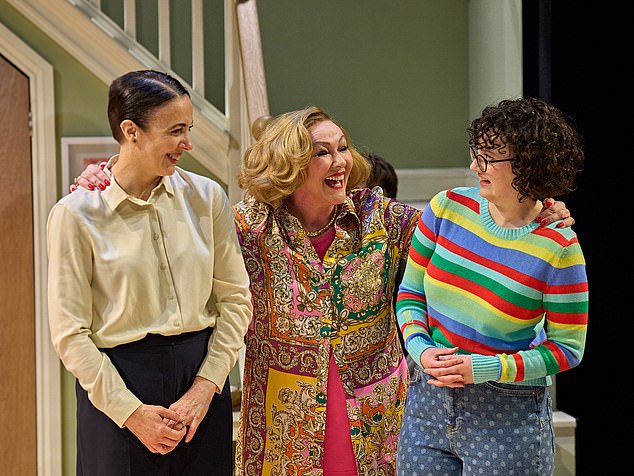 The Unfriend is about a suburban English couple who inadvertently invite an American serial killer (Barber) to stay in their home, after meeting her on a cruise.

Apparently based on a true story, it struck me as a paper-thin sitcom in which our charming murderess seems also to have done away with the plot.

All that happens is that the couple (Shearsmith and Sherlock’s Amanda Abbington) feel too embarrassed to ask her to leave.

Best seat in the house

Sally Cookson directs Bristol Old Vic’s production of Ross Willis’s story about a 12-year-old boy who invents a super-hero to help him cope with his stammer (until Sunday May 29), ages 12+, contains some strong language, digital theater. com).

Comedies of procrastination can only go on so long before something must give. Only here, it doesn’t.

There are some good gags including Shearsmith’s quip that 20 years of marriage gives you a talent for telepathy, ‘only more hostile’. Moffat religiously follows the comic rule of running a routine three times. One such trilogy includes the teenage son (a permanently aghast Gabriel Howell) failing to answer the phone. Although this may have the ring of truth for parents, the eventual punchline also has the ring of painful predictability.

The show’s best feature is Barber, who turns her serial killer from Denver into a kind of bling, Midwest, female Donald Trump.

She may fire off lines worthy of Bette Davis, but casting her here is like keeping a Rolls-Royce for popping to the shops. Abbington’s role is merely to reflect that discomfort, while Maddie Holliday brings familiar adolescent indignation as her daughter Rosie.

The action plays out on a show home set without a trace of personality. Yet I was astonished to find myself surrounded by people nearly popping with laughter. Now that, folks, was a mystery worthy of Sherlock.

What larks it must have been to assassinate Mahatma Gandhi! That, at least, is the dubious tone struck by Anupama Chandrasekhar’s jolly drama at the National Theater.

Because she is an Indian writer, few of us in the UK will feel willing or able to challenge her, but I suspect it’s a deliberately provocative gesture, designed to wake us from our reflex veneration of India’s founding father. Played by an endlessly chipper Shubham Saraf, Gandhi’s killer Nathuram Godse gives us a tour of his life, explaining why he did it, and teasing us for taking a prurient interest in him.

He relates how he was raised as a girl by parents who feared their male line was cursed. He went on to become a tailor’s assistant and fell under the spell of Hindu nationalist Vinayak Savarkar, who rejected pacifism and scoffed at Gandhi’s failure to resist the partition of India and Pakistan.

Indhu Rubasingham’s two-and-a-half hour jaunt through half a century of Indian political history is always entertaining.

But I wonder how appropriate its tone really is.

Verdict: So fun you guys!

Oh My God, you guys! It looks like Regent’s Park has a hit on its hands to open the summer season, thanks to a new musical production of the 2001 movie Legally Blonde – revamped for the approval of today’s ‘Gen Z’ social media radicals.

Here, though, they’ve ousted the all-white characters and have cast mixed-heritage Courtney Bowman as Elle.

The show also references Instagram influencers, plus size models. . . and Timothée Chalamet. Despite this, I’m pleased to report that it remains the most deliciously cheerful kitsch. It is, after all, a tale where wisdom consists of such timeless maxims as’ the number one reason for all bad hair decisions is. . . love ‘.

Directed by Lucy Moss, one of the tireless pioneers behind the historical musical Six, it performed with lashings of verve and a modicum of finesse (a quality that’s about as welcome in Elle’s world as a Latin example in a Kardashian nail salon). 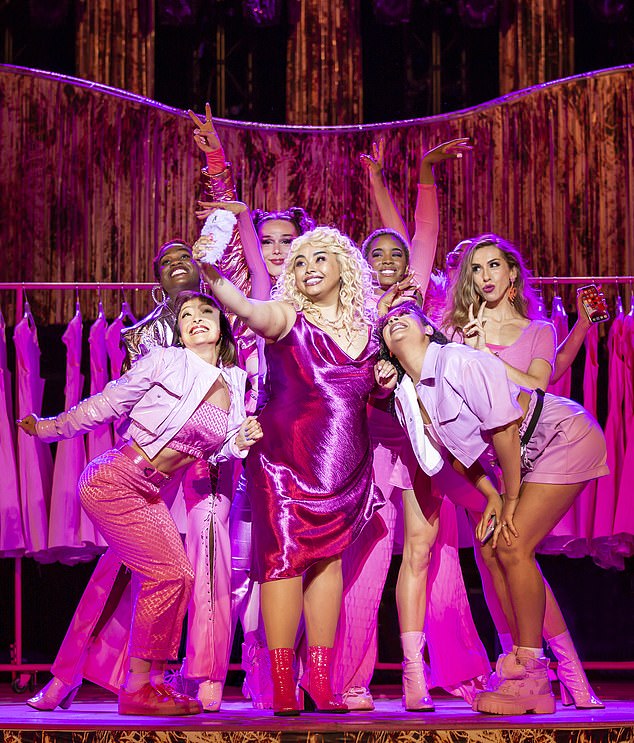 The lip-shaped stage is painted and accessed in shades of our heroine’s beloved pink not previously conceived by man, woman or gender intersectional. Choreography amounts to little more than synchronized cheerleading, but it does get a delighted crowd screaming ‘stop-IT!’ – particularly whenever Elle’s lapdog Bruiser (an actor in a pooch costume) prances onstage.

As Elle, Bowman is huge fun – a comic actor who reminded me of Dawn French. She loves to be loved by the adoring crowd and holds her own in undemanding tunes. What she lacks in agility, she more than makes up for in twinkly personality.

The main threat to her star status is Nadine Higgin, as her confessor and hairdresser Paulette, who has swagger, timing, moves and big gospel pipes.

Elle’s only other rival is Lauren Drew, as the fitness guru she defends in court, who sings her workout number, Whipped Into Shape, while doing extreme skipping.

Romantic tragedy will float your boat

Perhaps the eccentric Dame Ethel Smyth, suffragette and campaigner for women’s rights, will be taken more seriously as a composer after this production.

My own admiration for her has steadily increased over the decades but The Wreckers, her tragic Romantic operatic masterpiece, has remained problematic up to now. As often, Glyndebourne’s solution is radical.

They go back to Henry Brewster’s French libretto and restore half an hour of music, which in places has had to be orchestrated by Tom Poster. You quickly adjust to Cornish shipwreckers singing in French.

Most vital is the contribution of conductor Robin Ticciati, who clearly believes in every note of the piece, whipping up the superb chorus and the London Philharmonic into an absolute fervor of excitement at times. I predict a triumph when a semi-staged version comes to the Proms on July 24.

You can hear Smyth’s influences but she makes them very much her own. The adulterous love duet between Marc and Thurza, wife of hellfire preacher Pasko, is a highlight, as the great conductor Bruno Walter recognized.

To this basic triangle, strongly sung and characterized by Rodrigo Porras Garulo, Karis Tucker and Philip Horst, is added the complication of lighthouse keeper’s daughter Avis, also in love with Marc.

Well sung by Lauren Fagan, she is absurdly got up in pink tights (I almost hear Stanley Holloway intoning ‘Pink tights! I ask yer, pink tights!’), With a 21st-century coiffure.

The chorus sport a dreadful assortment of old tat, and not even period tat – it is the one false note in Melly Still’s production, while Ana Ines Jabares-Pita’s sets are atmospheric. 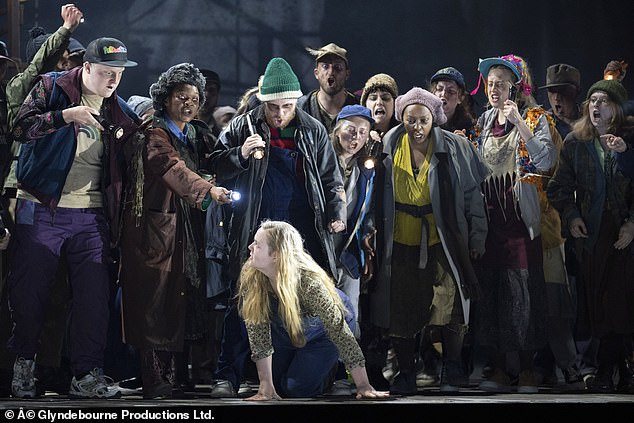 I predict a triumph when a semi-staged version comes to the Proms on July 24. You can hear Smyth’s influences but she makes them very much her own