Higher earners are not as good with money as they assume and many are risking running out of savings in old age, new research reveals.

Nearly one in 10 adults earn more than £ 50,000 a year, and around a third describe themselves as confident or in control when it comes to money, according to a survey of people in this income bracket.

But many do not invest, underestimate how much they need to save for a comfortable retirement, and have not sought financial advice, found a study by financial services firm Brewin Dolphin. 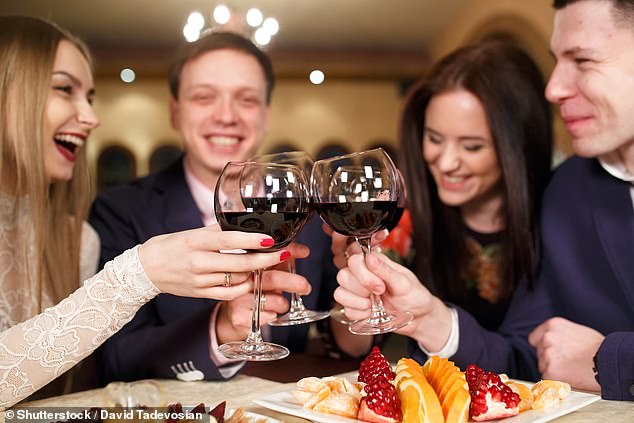 Affluent people: Around a third of higher earners describe themselves as confident or in control when it comes to money

‘Misplaced confidence’ towards money means many are risking their savings being eroded by inflation or not having enough to see them through retirement, says Brewin Dolphin.

Although many higher earners might benefit from financial advice or investing, whether this is suitable depends on their individual circumstances and other demands on them.

Meanwhile, previous research has shown many people are loath to pay a financial adviser – don’t need it, waste money, too expensive, and they are intimidating are among the reasons given for shunning their help.

Should people on £ 50k-plus invest or get a financial adviser?

We asked Brewin Dolphin to explain how higher earners should judge if they would benefit from investing or consulting an advisor.

Financial planner Lee Clark says you should consider investing if you:

– Already have the right protection in place to provide for your dependents in the event of your early death or a diagnosis of a critical illness – he notes people are much more likely to get ill than to die; 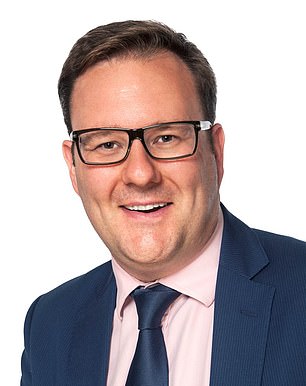 Lee Clark: Financial planner says you should have six months’ outgoings in a rainy day fund before you consider investing

– Have six months’ outgoings in a rainy day fund;

– Do not need to access your investments within five years, because stock markets can be volatile;

– Already have paid off any debts except for your mortgage;

– Have considered over-paying your mortgage;

– Hold long-term savings goals such as retirement, paying for university or a house deposit.

Meanwhile, Clark suggests asking yourself the following questions to decide if seeing a financial advisor is worthwhile.

– What are your circumstances? Are you employed, self employed, not in paid employment or already retired and reliant on pensions, savings and investments to provide your income streams?

– Have you got dependent? If yes, are you adequately insured to provide for them in the event of your early death or a diagnosis of a critical illness?

– If you are employed or self-employed is your personal income protected in the event of long-term illness?

– Do you have surplus income at the end of the month?

– What are your long-term income goals? If so you are saving enough to meet them? Would advice help you to establish what is possible?

– Do you have retirement plans? Are you saving enough for them?

– Do you have short, medium and long-term savings goals?

– Do you have any lump sums or expect to receive any?

– Are you aware if your family will have to pay inheritance tax at death? Do you want them to have it?

How much do you need for a decent retirement?

A £ 500,000 pension pot would produce an income of £ 26,500 a year to age 90, says the firm. This assumes a pension fund grows at 5 per cent a year after charges and income increases annually with inflation.

A full state pension would add around £ 9,600 a year to your retirement income in today’s money.

Read more here on how much to save for a basic, moderate or comfortable pension.

– Some 34 per cent of those surveyed said they were ‘confident’ in their attitude to money, including 39 per cent of men and 29 per cent of women, while 6 per cent said were ‘not confident’;

– Some 53 per cent don’t believe or aren’t sure if they will have enough savings to retire comfortably;

– When asked what would make them get financial advice, 43 per cent said winning the lottery and 39 per cent said receiving an inheritance.

Brewin Dolphin surveyed 2,000 adults with an income of £ 50,000 and upwards. Higher and additional rate taxpayers made up 8.6 per cent of the UK adult population in 2020-21, according to the Institute for Fiscal Studies.

The median – mean midpoint, as opposed to average – household disposable income in the UK was £ 31,400 in the year ending April 2021, according to official figures.

Robin Beer, chief executive of Brewin Dophin, says: ‘The fact our research focused on higher earners – who one might expect to be better prepared than the general population – suggests that we are facing a wider societal problem in terms of saving for the future .

‘With the cost of living continuing to rise, saving more today is a tough ask. Yet if we are to look forward to a financially secure future, it is vital that we find ways to bolster our long-term finances. ‘